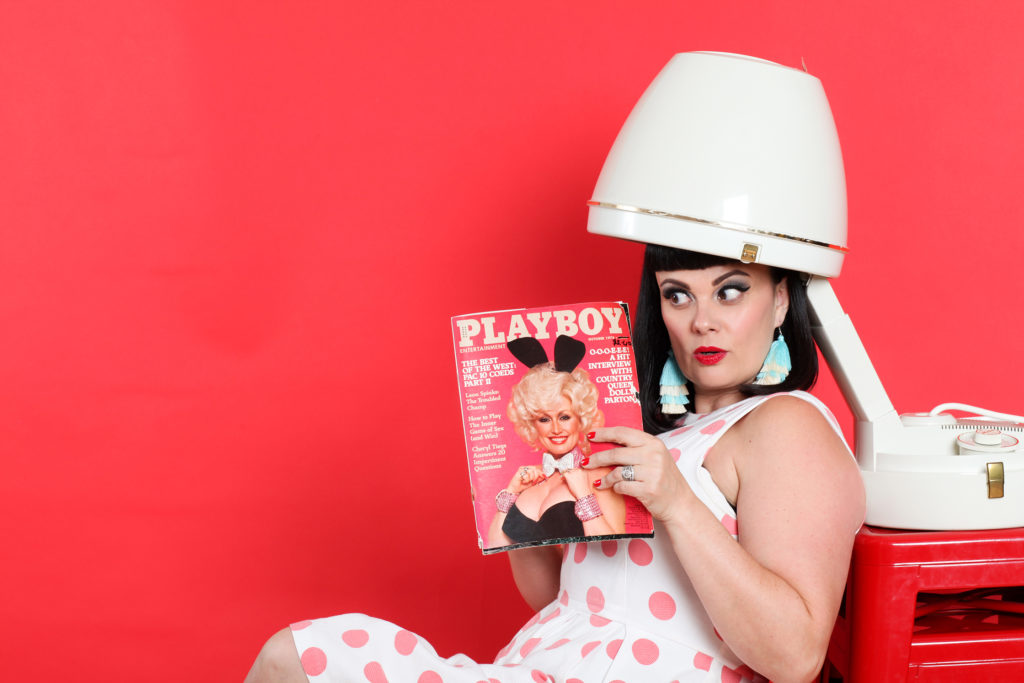 When you discover a singer/songwriter such as Tami Neilson… the sparks fly with her intuitive talent that jumps genres as easily as a kid on the playground. Whether she captures the spirit of classic country or fires her voice up to R&B or soul, Neilson has a distinct style to be reckoned with. She truly is a chameleon of epic proportions in delivery, tone and creativity. It was a pleasure to learn more about her work, songwriting and her lovable personality. The sounds of Sassafrass! ring in with her true talent.

Showbiss: The CD is phenomenal. Listening to it is retro fun with a big band and soul spin with a couple of country songs that tear your heart out.

Showbiss: The arrangements are amazing and you’re like “who is this woman?” The first song I want to talk with you about is “Diamond Ring.” You definitely have a 1960’s vibration to that. How did this song come to your mind?

TN: Wow. Musically, it’s funny because I had written the music and melody and lyrics. We tracked it in the studio

and it was not working at all; the way that we had it. It was one of those when you’re in a hurry and under pressure… I’m like “Let’s just move on. I think this might hit the cutting room floor.” My bass player just keep saying, “Nah. I think it’s a great song. You need to tweak it. I don’t think you should throw it in the pile yet.” I told him we don’t have time but let’s get everything else done and it just kind of lingered in the back of my head.

Then, one night we were having a dinner break. The poor guys (laughs) and I’m like I know we’re supposed to be relaxing but we have twenty minutes to get back to the studio. Let’s fix this song. So, I changed the feel. Changing the feel or the rhythm can bring the song to life suddenly. I really wanted more of a Ray Charles meets Tina Turner in a jazz club and they just start jamming. That kind of a groove. It’s almost like, “Tell Me What I Say” but slowed right down. I really wanted more of that type of feel to it.

Showbiss: It’s almost lyrically saying, “I can do it on my own.”

TN: Totally. It’s a very self-reliant song. So, lyrically it’s actually about my mom. We lost my dad three years ago. My mom is like this gorgeous woman. She’s turning 70 this year but 70 is the new “50” you know. She’s still really vital, beautiful and stylish. And when I ask her, “Do you think…? She’s like “No way. I can’t even imagine starting over again with someone else. I’m really happy in my life and I’m free to do what I what when I want.”

Showbiss: As an artist, how would you describe the music scene today?

TN: From a creative point of view, I think we’re in a really beautiful place. As artists, we don’t need the middle man anymore. We don’t have this corporate music hierarchy that is dictating how we will dress, how we will look and the songs that we will sing. Predominantly female artists lived under that thumb; especially from the eras that I really love.

Now, you can create whatever the hell you want and release it, find your fans and find the people who connect with your music. It’s a great place to be in, especially as a female artist. I’m lucky that I have that kind of audience.

Showbiss: I read the small print on your CD back cover on the “slang” of your title “Sassafras.” How was this word chosen for your new album?

TN: I guess for me, I love that word. I love the way it sounds. Even if you have not heard the word, you immediately associate it with “sass.” The minute you hear the word, sassafras, you know it’s going to have something to do with being sassy and also someone who speaks their mind. I think that word captured the content of what the album is about. In Latin, it means “I break rock.” I just love that it’s this beautiful, fragrant and useful plant but it’s strong and can break through rocks.

Showbiss: There is such a flavor of a Hawaiian love song with “One Thought of You.” It’s excellent and there is definitely a chameleon in your voice as you are able to sing in so many different styles. How did that song come to you?

Tami Neilson: That is a song that my dad wrote many, many years ago. It was one that he never ever recorded. It was over a decade ago. I remember him saying to me, “Tam, would you mind having a look at this? I’m not happy with the lyrics, if you want to tweak some of them and work on it with me.” I worked on some of the lyrics and gave it back to him. I hadn’t heard it since. My last album was songs all about my dad and songs either by him or for him. That was after the wake of losing him. I said at the time that I promise none of your songs will go to waste. I will be your voice.

Then came this album, it felt like the light at the end of the tunnel. It was coming out of that grieving and ready to celebrate all the things that come with your perspective changing after losing a parent. Realizing life is short and you have to hustle while you’re here and say what you want to say. All of those things were coming out in the album. The morning I was going to start recording, I started singing this song as I was getting ready. Not even really thinking about it. As I was singing it, I felt that I was singing this old standard that I didn’t quite remember. When I stopped and realized what was coming out of my mouth, I immediately started to sob. It felt like my dad had whispered it in my ear, “Now you’re going to record an album, remember that promise?” My dad had written the song for my mom initially. Dad had put down just the music and the guitar track. It was like, here’s the stuff you need and you can do the rest. It’s one of my favorite songs on the album.

Showbiss: Every song on Sassafrass! knocked me out. Thank you Tami.