As the search will always continue for the latest “new thing” in pop music, Sheena Easton most definitely knows what it 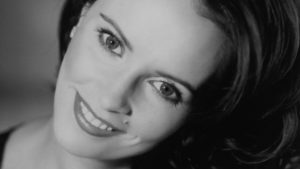 means to be a pop princess. She kicked off her career with a Grammy Award for best new artist in 1981. She has had numerous hit records that in the pop swirl of time will always remain constant. We listened as she took “The Morning Train” or pulled at the heart strings with her recording of “Almost Over You.” Sheena captivated a generation with her songs, “Strut,” “Sugar Walls” and her duet with Prince as he met his match for “You Got the Look.” Her body of work is a

time capsule of talent with a voice that is both vibrant and beautiful. I talked with Easton in the winter of 2006.

Showbiss: What would you consider a defining moment for you as an artist? Something that made you extremely proud of your achievements?

Sheena Easton: A couple of things. Early on when I got the Grammy for best new artist. That was amazing. I think that anybody who is blasé about winning an award is full of crap. It just feels great. It triggers all those feelings like when you were a kid and you got the gold star from the teacher. My kids come home and they are thrilled out of their minds when they get picked. “I got picked to wipe the blackboard today!” We all love to wipe the blackboard or carry the teacher’s books or something.

Other than that, the most defining moment was when I got my recording contract. That’s huge, because you’re a total unknown and it’s your biggest dream. You’re hoping it will happen, but you don’t know if you’re just in fantasyland. So to get that, is such an affirmation, that you actually got something.

Then, surprisingly, years and years later… after all the hits is putting out my No Strings album. It’s not really a commercially well-known album. I always wanted to go into a studio and especially after I recorded many times in a contemporary way. I wanted to go into a studio like my heroes did. Like Sinatra and Elvis did and Streisand; like all those people did in the old days. We actually went to Capitol Recording Studio with a live band, anything from three to 13 pieces and I sang live with the musicians. We did two or three takes of each song and we kept the best take. Amazing. It was songs that I had loved for years, songs that told a romantic story. That’s one of those things as when I’m dead and gone, I hope my kids play it for their grandkids.

Showbiss: Your Private Heaven album with “Strut” and “Sugar Walls.” I play that one a lot. That period of pop music was just plain fun.

SE: Yeah, they’re bouncy and fun. It’s like my son who is eleven. He is really into pop music and he’s been listening to a lot of stuff that I was listening to growing up. He’ll talk with me and ask me questions. “Mommy, what was Woodstock?” Well, I was too young to be at Woodstock, but my older brothers and sisters were affected by Woodstock, so I grew up listening to that music. He has a five-dollar a week download allowance and we sit and talk about why Janis Joplin was important, why the guitar solo that Hendrix did of “The Star Spangled Banner” was important. Even up through the 80’s, like you say, you miss that fun time like all the stuff that L.A. and Babyface produced back then and MC Hammer… all those very, very early hip hop tunes. Back when hip hop didn’t have a negative connotation. When it was just a bouncy little rhythm. I think a lot of people enjoyed that carefree time period in the 80’s.

Showbiss: I remember your Christmas concert with Michael McDonald. That was fantastic.

SE: Thanks, I gotta say. People ask me, “Who are your favorite people in the business?” Michael is by far, my favorite. First of all, I love all of his music. His voice gives me chills. He is one of the nicest people you’ll ever meet. I love that man. He’s an incredible family man and he is a funny guy. When we’d be on the bus going from state-to-state, he’d tell stories… we’d be peeing ourselves. (Laughs)

Showbiss: What are your thoughts on the current status of female pop singers?

SE: There are a lot of artists who come and go with one or two hits. Unfortunately, today’s music is about the look and the image. But, there are a great many incredible voices. The generation who came just behind… Celine Dion, Whitney Houston…

Sheena Easton: Yes. There were a lot of male singers also who sang the power ballads. I’m thinking about like Bryan Adams or Steve Perry from Journey. The genre of the power ballad has faded into the background. But, hey Mariah just made a huge comeback. She’s got an incredible voice. Christina Aguilera, those chops are amazing! That girl can sing. There are singers out there who still blow me away.

The thing that I like about today’s young artists is that most of them are writing their own material. That was not the case in my generation. In my generation, everybody wanted the next Diane Warren tune. You had to shop for music. You would get reams and reams of demos and you sifted through them and you got music. Now, you are expected to at least co-write your material. They’re expected to put their own stamp on the material. I think that’s a good thing. I think encouraging writing is an amazing thing to do. I wish that I’d been pushed to concentrate on that. Maybe I’d gotten better as a writer, if I hadn’t been lazy and expected my next song to show up from another source.

Showbiss: “For Your Eyes Only.” How did the chance to sing this song come about for the James Bond film?

SE: That’s a simple story. I had nothing to do with it. “Morning Train” was a hit at the time, you know, the hot new thing. The producer of the Bond movies heard me singing and literally called up the record company and said, “I want that girl for my next movie!” They wrote three different songs for “For Your Eyes Only” and the one that we recorded is the one that everybody loved. Actually, when I was in the studio doing the vocals in London, was when I got the phone call saying that “Morning Train” had just gone to number one in the U.S. charts.

SE: I couldn’t tell you where the hell I was when any other song went to number one. At the time, I had no idea how huge “For Your Eyes Only” was gonna be. Looking back, it’s a lesson that I’ve learned in hindsight. I try to make it a point never to repeat that experience. I’m standing in the studio. My producer hangs up the phone and says, “Guess what? We’re number one in the states!” There were several people chomping at the bit to get into the studio, but I always made it a policy never to let anybody in when you’re doing a vocal, because you can’t concentrate and you won’t try things because you don’t want to fail. You go for safe notes. So, we always kept the recording process down to the technicians.

I’m standing there when he told me the good news, saying, “Yeah. Yeah. We can deal with that later, but I got to get this done.” I didn’t take a moment to celebrate, you know; pop the champagne, take the day off. Do the vocal tomorrow, take a moment to think about it? But, back then, I was so under pressure of so many deadlines, I just remember that time frame in my life was a blur of commitments and responsibilities, the deadlines and the pressure. So, a lot of the huge achievements, I didn’t really stop to savor. Now, I schedule time in to say, “Hey, we’ve got to think about this.” It makes a huge difference in your life. You’ve got to do that.