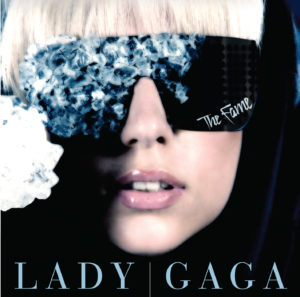 During the fall of 2009, Lady Gaga was in Paris promoting her debut called The Fame and also wowing the audiences with her live performances. Her debut single, “Let’s Dance” had taken over the airwaves at the time. Before the release of her debut in the United States, I spoke with this sensational and new singer, musician and songwriter. She has clearly made her mark now in the music industry and is a global icon whose passion extends to human rights, helping those in need and more… while still crossing musical boundaries of pop, jazz, Broadway and rock. Lady Gaga is truly a one-of-a-kind artist and one heck of a fashionista.

Showbiss: I really like your musical influences of Queen and Bowie and that whole performance art thing.

Showbiss: You have a song I heard called “Brown Eyes.” It reminds me of the simplicity of something that Lennon and McCartney would have written around the time of The White Album.

LG: Awesome. What a fucking compliment! That record means a lot to me. I was really inspired by Queen, John Lennon and David Bowie. I really like glam ‘70s and you know, like a really simple and honest love song. So, I appreciate that. Thank you.

Showbiss: You don’t seem like the kind of entertainer that will ever get stuck in a groove. Where do you see yourself in five years?

LG: On the phone with you baby. (Laughter) Talking about my latest album.

LG: I’ll still be the same girl. It’s funny. People say to me a lot, “What’s your goal?” And I’m thinking, what I’m doing right now dammit. I’m in Paris, I’m talking on the phone about my record, performing live on television and performing in shows for 5,000 people. It’s like I’m living my dream. And then I fly back to L.A. for a few days to rehearse the New Kids on the Block tour and then to shoot the video for my next single. This is my dream. My dream is not to be rich and famous. My dream is to be doing what I love and making art for a very long time.

Showbiss: What has been the most challenging part of launching this debut album?

LG: Gosh. I don’t know. Maybe it’s because I’ve been doing this for such a long time. This is a funny answer but I think sometimes I don’t let myself really enjoy what’s going on. That might be the most challenging part. I’m so wrapped up in fighting for this record. Sometimes when good things happen, I don’t allow myself to take a minute and have a drink to just kind of enjoy it. Like someone will call and say, “You’re number one in Australia today!” And I’ll be like, “Okay great. How’s it going in France?” For me, we’re not even close to done. My work is not even in the stratosphere of being finished.

Showbiss: You obviously have a great talent for songwriting. How difficult was it to pick out what you wanted on this debut?

LG: It’s funny. In a way it was easy and in a way, it was hard. I have a lot of really great songs to choose from but in another way, I wrote my best work in the last months that I was writing. I’ve been working on this record for two years. I sort of reached a creative pinnacle in January and I wrote, “Just Dance,” “Poker Face” and “Love Game.” And “The Fame” and “AA.” I wrote those in a three-week period of each other… like really fucking fast. It was because I was so hungry.

When I think back to my life in New York. I was sitting in New York City in my bedroom with nothing but me, my piano, my talent and a dream. That’s it. I had nothing. When I tell you that I fucking fought like fuck from the bottom to where I am now, I really did. I’m living proof that you can do anything you want in life. I hope that I’m inspiring to my friends on the lower East Side of New York who are still making art and still persevering because I never gave up. I was told, “No.” “You’re too theatre. You’re too pop. You’re not thin enough. You’ve got a big nose. You’re not pretty. You’re too pretty.” Whatever. There was always something. I was signed. I was dropped. Yes and no. Kicked around and I’ve always been really in love with the process of making music.

Showbiss: You taught yourself piano at the age of four?

LG: Yeah. I don’t know. I really wanted to perform. There was a piano in the living room of my parent’s house and I just got my ass up there.

Showbiss: Isn’t lighting hairspray on fire slightly dangerous? (This was during her shows at the beginning of her career).

LG: Don’t do it at home. It’s actually pretty indicative of my personality. Even with no money in my pocket I was able to figure out how to do pyrotechnics on stage.

Showbiss: If you had to pick just one song of someone else’s that annoyed the crap out of you. Which song would it be and why?

Showbiss: It doesn’t have to be a current song.

LG: Okay. You know what I could say. You know that record by Jeff Buckley. The song is “Hallelujah.” I was hanging out with this guy once. He was the sweetest guy and he liked me so much. If he’s reading this and he figures out that it’s him, I hope he knows that I thought he was lovely and so cute and I just think the world of him. But, he wanted to make love to that song. For me, I’m so not that kind of girl. I want to have sex to Led Zeppelin. I want to get screwed listening to Black Sabbath. So, I just remember he said that and it ruined that song for me. Every time I hear that song, I’m like “No!” But, he was lovely and he was an excellent physical partner. So that song didn’t do it for me but it wasn’t his fault.

Showbiss: When I listen to your voice, it’s a combination of Pink, Gwen Stefani, Wendy O. Williams from the Plasmatics and Terri Nunn of Berlin all in one. That’s pretty amazing.

Lady Gaga: Nice. Actually that’s pretty good. I’m not mad at you. I’m not mad. Thank you so much. You’re so sweet.