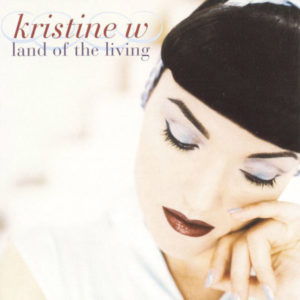 first interviewed Kristine W. in the summer of 2000. Her initial debut release Land of the Living made a strong impression because of her voice, the songs she had written and the undeniable dance beats. This interview was to promote her sophomore release entitled Stronger and talk about her success in this genre. Kristine shared a phenomenal amount of information about her beginnings as a performer and is an entertainer who has since achieved fourteen Billboard #1 spots on the Hot Dance Club Play Charts and was ranked as the Eighth Greatest Dance Artist of All-Time from Billboard magazine.

Showbiss: Your home base is in Las Vegas. Do you perform anywhere there?

Kristine W.: I performed for ten years at the Las Vegas Hilton. I stopped in June of 1998 to concentrate on this album.

Showbiss: You write the music and lyrics for your songs. Is there any music that inspires you when you write?

KW: I think the whole jungle thing really gets me going. Love that jungle thing, the remixes. It seems the mixers are getting better and better. I get quite inspired when I hear great remixes.

Showbiss: How do you begin writing a song?

KW: It’s totally me and my guitar, or me and my piano. That’s how it starts. I have written about 70 songs for this album.

Showbiss: I wanted to tell you how much I enjoy Land of the Living. I think it’s just a fantastic recording. Do you have a favorite song off your first album?

KW: Hmm. “One More Try.” That song meant a lot to me. I went home and the farmhouse where I was raised wasn’t there anymore. My father died when I was three and you could see his initials sketched into the sidewalk where the house was. It was just weird to see; kind of like a spiritual experience. I thought, “This is moving me towards writing a song.” How do I take this song one step further so it could be taken a lot of different ways for a lot of different people? How can you make this a universal song so people can relate it to a lover or somebody who died or is just going back home? So, I made “One More Try” so it touches a lot of people.

Showbiss: It sure is one of my favorites. Another great one is “Jazzin’” It has a sad or bitter edge to it, I think. What’s your interpretation of it?

KW: I think it was a lot of things. Some of it was working Vegas. You know it’s always a big deal to get your own show and you’re out there singing and schlepping with four or five guys in suits constantly hovering over you making sure that you pack the place and that the crowd is buying enough drinks.

KW: I used to see Elvis’s manager, the Colonel sitting out in the audience. He’s older than dirt! He has his own suite in the hotel. He’s milked Elvis all the way to the bank. Sure, he was a genius and Elvis wouldn’t have been Elvis without the Colonel, but you know… the Colonel literally killed the guy.

Worked him to death. He never got to have a life. He became this big puppet. Then, he became a parody of himself. He probably looked in the mirror and couldn’t stand what he was seeing anymore. I can totally see the whole thing because I also was right in the middle of it. But, I refused to let anybody have control over me. I would suffer the consequences rather than have somebody tell me what I was supposed to be and what I was supposed to do. Thank God I had fans who were ardent. They’d fill the place and sit there and wait for Kristine W. to come out. Gay, straight, 90, from Iowa; they all were out there night after night.

Showbiss: [At the time, Kristine W. was on the RCA label] You’re on the same label that Elvis was on.

KW: Yes, we just had a get together! Every time we get together, we have a lunch. We always make the joke, “Thanks Elvis.” That’s the ongoing thing, this one’s on Elvis. It’s so weird every time I go into the RCA building. I impersonated Elvis in my first video “Feel What You Want.” Oh, and every time they clean the display case with his white jumpsuit and guitar, I would try the belt on. The entertainment director would call and say, “We’re going to clean Elvis’s case.” And I’d be right there! (Laughter) My family has always been Elvis freaks. We’d watch the Hawaii video, Elvis Live at the Hilton and It’s a Wonderful Life every Christmas. It’s a tradition.

Showbiss: As far as singers, who was your role model?

KW: Dionne Warwick, I would say.

Showbiss: Her, Hal David and Burt Bacharach’s music is so unique.

KW: It’s beautiful. He sat in my audience. I was star struck. My band’s like, “What’s wrong with you?” I said, “Burt Bacharach is here.” They’re like, “Burt who?” They did not get it at all. He was sitting in the corner with Liza Minnelli. I was kind of numb. I was singing “Walk On By” the version Sybil came out with. It had a soul-to-soul groove to it and “Don’t Make Me Over.” Remember that one?

KW: Yeah, Sybil remade a lot of his songs in that soul-to-soul style. We did this whole medley and he was sitting out there. It was one of those moments that I felt like; it can’t get any better than this. Burt Bacharach in the audience! You’re kind of into the same music and people I’m into.

Showbiss: Yeah, I love old music and musicals. Ever since I was a kid I listened to classic singers and musicals from the 1930’s through the 1960’s.

KW: Me too. Totally. My mom was an entertainer, my grandmother was a classical violinist and my great grandmother was a singer and songwriter in Escondido when she first came over here from Sweden. So, this has been going on and on for like a hundred years… the frustrated female songwriters.

Showbiss: Are the producers from Land of the Living Rob D. and Rollo producing Stronger this time around?

KW: Actually not on this album. I needed to detach myself from that whole scene and just start over. Mentally, I just needed to go somewhere else.

You kind of get to the point where you need to push yourself and not stay in a comfort zone. Which I think is scary as it can be. I was real comfortable with those guys.

KW: Yes. I knew we had to get mainstream. If we don’t get more mainstream success, then you and I wouldn’t be doing any more interviews. You

know what I mean?

Showbiss: That would be unfortunate but I don’t think that’s going to be the case. I believe the new release will be a great success. I’ll be catching your performance for the new album. I’ll wear my Elvis t-shirt, so you know it’s me.