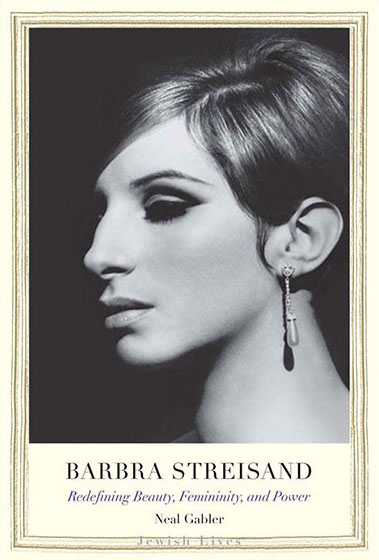 In all of the world so far, is Barbra Streisand the greatest star? Pretty darn close; as many of the finest in comparable entertainers have “left the building” of life, so to speak. In Barbra Streisand: Redefining Beauty, Femininity, and Power, from the Yale University Press Jewish Lives series, Neal Gabler presents a solid yet at times, overtly sweetened look at the transformation of a star and just what Streisand represents in Jewish culture and sociology.

There is no denying Barbra’s remarkable voice. What led the way to success was a determination of epic proportions, as well as an utter resolve for perfection and a self-fulfilling prophecy of aspirations. Gabler traces these qualities back from Brooklyn to Broadway to Hollywood with a keen eye on the trajectory of how Streisand became the global superstar she is today. Her career metamorphosis shifted many times during these years and each time… evolved to a higher extent. The tagline from Muhammad Ali comes to mind, “Float like a butterfly and sting like a bee” as the duality found in Gabler’s writing doesn’t hesitate to utilize and acknowledge the sharp criticism, Streisand received. [Though if any indication of her talents are in question and her status in the world… Word Perfect corrects the spelling of her name; if you type in “Striesand” by accident.] 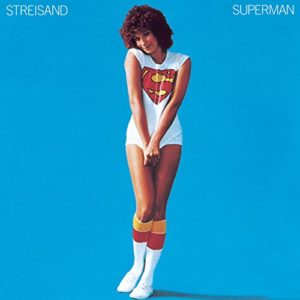 This scathing criticism in the press knocked her looks, i.e. see nose, her dominating way of taking control and her “over-the-top” Jewishness. This all seems like unmitigated jealousy or falderal now. Streisand has a force field of strength and belief in herself to basically rise above any negatives and whip them into positives with her talents. In what would become one of her mantras, from Funny Girl, she sings, “Instead of just kicking me, why don’t they give me a lift? Well, it must be a plot, cause they’re scared that I got such a gift.” Neal Gabler proves beyond a doubt that sentiment still rings true.

The softer side of femininity and emotions is showcased with Gabler’s “one more look” at her romances, love affairs and husbands. One of the more interesting aspects is how Streisand found her match and a high school romance she never had with the machismo, hair dresser Jon Peters. This is the time period of the sexy Superman Streisand. The Playboy cover and the “Baby, I can fly like a bird, when you touch me with your eyes” Streisand. This eclectic and electric pairing of Barbra and Jon would create her film A Star is Born. The way we were, is right! That perm, that perm, that fabulous perm.

Bottom line. Neal Gabler has written an appreciation of how one little girl took her survival instincts and her hardened childhood, captured “a sleeping bee” that was found within her voice and spirit and became one of the greatest stars on planet Earth.